Brighton Modelworld 2014 has now completed. The Modelworld Organising Group would like to thank every visitor and exhibitor for helping make the show a success. We are already planning the 2015 show and look forward to welcoming you over the 20th-22nd February 2015.

The show has now closed, many thanks to all who attended, a gallery of photos from the show will be posted to this page within the coming weeks once the organisers have recovered from the weekend’s exertions!

The final day of Modelworld 2014 is now in full swing. One of the highlights has been the presence of Gertie and Bertie the talking duck and swan which were caught on camera

Day 2 is underway with a gathering of Dr Who characters and a lengthy model truck convoy transporting a load to the Grand Hotel accompanied by an obligatory Dalek to keep alien spirits at bay! 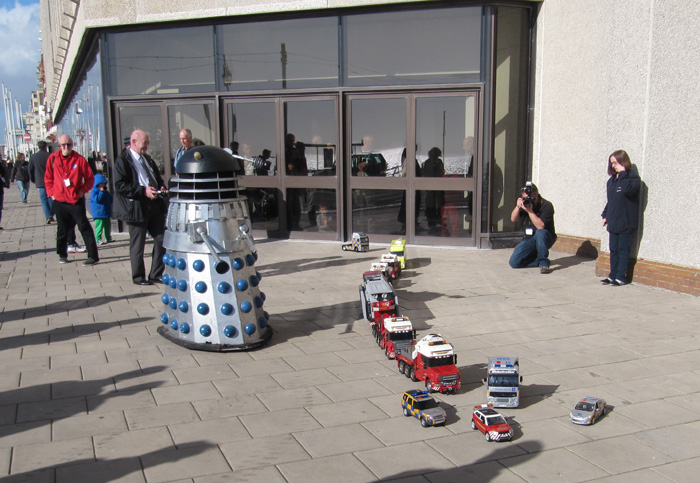 The show is open and visitors include Charlie McCallum who won a prize courtesy of the Primary Times competition of a footplate ride at the South Downs Light railway and a Hornby ‘OO’ model presented by Brian Jackson of Morris Models.


Day one is now complete, lots of visitors including Brighton’s Mayor Cobb with grandson Tyrus who had a conversation with a selection of our Daleks. Meanwhile the pool remained very popular with continuous displays of boats and submarines throughout the day. 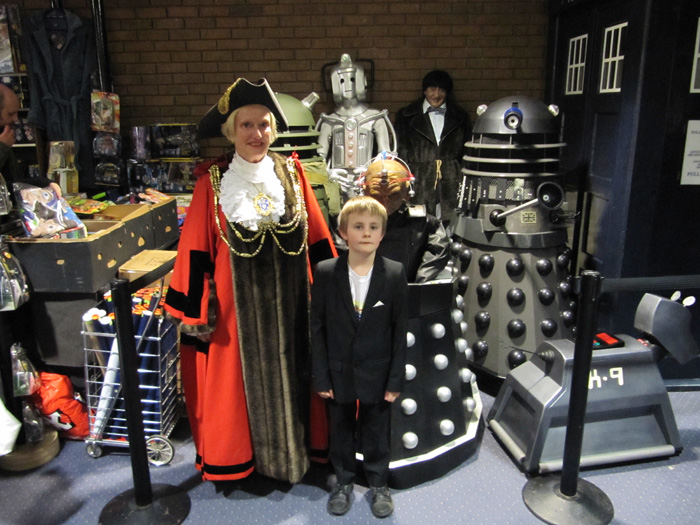 The Centre has been a hive of activity all day and the majority of stands are now in place and ready for the doors to open at 10:00 on Friday morning. 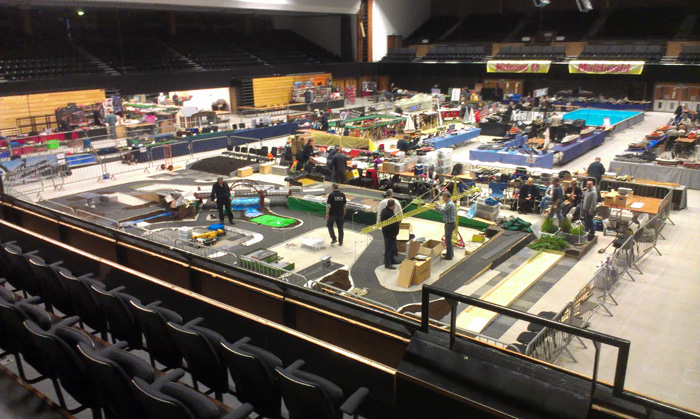 
The show construction is progressing well with some of the large/heavy stands and the pool already starting to take shape as can be seen in the below photo.

Aliens seen in Brighton! Yes, Modelworld can exclusively reveal that Aliens have been seen in the Brighton area. Reportedly answering to the name of “AFOR”, this grey creature from outer space has been seen circling the area before making and emergency landing somewhere in the vicinity of Auditorium 1. If your coming to Brighton Modelworld this weekend, keep an eye out when around the pool area, as he appears to like going for a paddle! 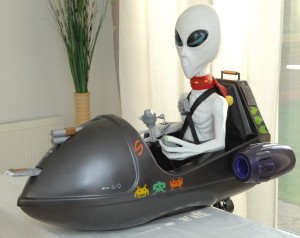 AFOR the Alien by Steve Dean

The 2014 show is now just a few days away and all the stands have been confirmed. You can find a full listing of exhibitors, trade stands and societies within the separate pages on this site (note that although rare, the management reserve the right to add, remove or alter stands without notice). All exhibitors have now received their information pack and we look forward to welcoming our exhibitors, societies, traders and visitors alike to the show at the Brighton Centre.

The 2014 show will be celebrating the work of the Royal National Lifeboat Institution and will include a large collection of model lifeboats, including many radio controlled ones which will be seen sailing and providing model reconstructions on the pool during the show. We will also have a full size lifeboat on display in the main hall accompanied by RNLI volunteers who will be pleased to discuss any aspect of it’s operation and that of the RNLI in general. The RNLI are a much valued charity and we are hoping that visitors to the show will give generously to this cause.

The other main attractions such as model railways, cars, trucks boats and planes will all be present and there will be opportunities for visitors to ‘have-a-go’ on many of the above, this can range from driving a boat or radio controlled car to riding behind a miniature steam locomotive.

We will be charting the show being put together over the days leading up to the opening on the 21st February. Should you have any queries meanwhile please do not hesitate to contact us